An opportunity – not a problem. 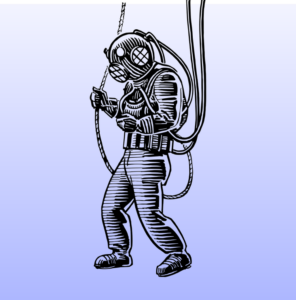 Income uncertainty is a major by-product of the pandemic, and of particular concern for the private investors, pension funds and charities that rely on dividends. The global economic decline and the need to shore up company balance sheets have resulted in many companies cutting payouts or abandoning them altogether. In a low interest rate world, one of the fundamental supports for equity markets was the relative attractiveness of the dividends produced – without them the case seems distinctly less convincing. However, the true picture is much more nuanced and it is possible to argue that, in many cases, cuts in dividends may have a long term positive factor for many companies. Further, a shift from focusing on only higher yielding equities may bring a big positive for portfolio returns. In short, the fall in dividends could do us all a favour.

The extent to which dividend payments have fallen, and are continuing to fall, is unprecedented. In the second quarter of this year dividend payouts fell by gbp22bn to just gbp 16.1bn. This is the largest ever fall and the worst Q2 for 10 years. To give some perspective, as a result of the oil price fall prompted by weak global economic activity, Royal Dutch Shell cut their dividend for the first time since the Second World War. Other companies had dividend cuts forced upon them. The Bank of England told lenders such as Barclays and HSBC not to pay a dividend so that they had additional resources to provide lending to help the economy through the crisis. The Bank also asked insurance companies to consider the way in which they distribute profits – cue cuts from Aviva, Direct Line and RSA. All of this was on top of those who sought government support and were hence morally bound not to pay dividends at the same time. At best 2020 total payments are expected to be down 44.3% from 2019. That is a very big hit if dividends are your main source of income.

While the short-term scenario looks awful, it is important to step back and consider why such cuts to payouts are a good idea and potentially a long-term positive. The starting point for dividends was potentially dangerous. Over the past few years companies had been paying out ever-increasing proportions of their profits in dividends. In some cases this meant paying out more than they were earning; dangerously depleting their reserves and ability to survive an economic downturn. Dividend cover fell from 2.3 times earnings in 2018 to 2.1 times in 2019. The current recession could mean a fall in company earnings of around 20% pushing the cover ratio as low as 1.9 times this year, according to estimates from Janus Henderson. However, the likely level of cover will be much better, given the cuts to pay outs so far announced, and may finish up closer to a much healthier 2.5 times. This would be an encouraging outturn for long-term sustainability, given that following the financial crisis of 2008 cover fell as low as 1.4 times. However, sustainability is not the only positive; cutting dividends can also mean that more money is available for investment. Many weaker companies will fall by the wayside, providing either an opportunity for the resilient to expand into their markets, or to use their conserved cash for takeovers.

The other major positive consequence of dividend cuts is that it will change the nature of portfolio selection. Yield hungry investors are seeing the universe of high dividend paying companies shrink rapidly and will need to rethink their investment policy. The so-called Fangs (Facebook, Amazon, Netflix and Google) have been the star performers of many a growth portfolio for some years, but have not featured in income portfolios due to the policy of investing profits for future growth instead of paying dividends. Some years ago the Charity Commission sanctioned a change in charity investment policies from using an income target to a total return target. Rather than just taking dividends they were able to use some of the capital growth in the portfolios to spend on good works. This policy shift should now be considered by a wider range of investors. They should ask themselves: Do they prefer to have their money in a company that can think of nothing better to do with it than hand it back in dividends over a number of years? Or: Do they prefer to invest in a company that reinvests profits to generate long-term growth? If you are struggling with the answer compare the last few year’s share price performance of the (formerly) high-yielding Shell with that of the very-low yielding Amazon. As long as the annual spending target is not set too high, realising some capital growth, as well as income, from a portfolio will not erode its long-term real value. In fact, the performance of the portfolio, now that much greater diversification is possible, has much greater potential. That diversification can be both from income to growth stocks, but also from UK to global stocks. The world could now be your oyster.

Cautious corporate treasurers and prudent advice from the Bank of England may ultimately prove to be a big positive for future investment returns. Dividends are expected to bounce back next year (Link expect gbp 78bn in 2021 as against gbp 61.6bn in 2020), but it would be a shame if investors did nothing to their portfolios in the interim. Ensuring the long-term viability of corporate UK is important, but the much bigger impact could be the freeing up of investment approach to generate much more spending power for savers in the long-term.