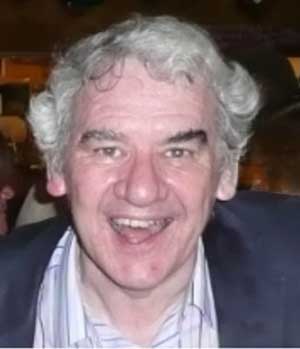 Dominic Cummings had his 7 hours in the sun.  The various items of Tory lobby fodder that were available to comment had been coached to say that we should wait for the formal inquiry to tell us what really happened in the pandemic.  They could have as easily said that we can wait forever (like Chilcott) and if there is any criticism of the Prime Minister he will just treat it with contempt (as did Blair).

If only we had a credible opposition.

Professor John Edmunds was on Peston.  He had been in the room at the end of September last year advising the Prime Minister to lock down.  Johnson ignored the advice and thousands died.  Anecdotally this was the Prime Minister’s preferred option.

Peston went on to ask the Professor whether he thought it would be appropriate to remove all further restrictions on June 21st.  Afraid not came the reply, but then he cares about saving lives.

On Question Time Tory Party Islamophobia was raised.  Grant Shapps pointed out that the Singh report had stopped short of declaring the party to be institutionally racist, unlike the EHRC report on the Labour Party.  The normally feisty Emily Thornberry studied her fingernails and it was up to Fiona Bruce to correct Shapps a minute later.  The EHRC report had declared that the Labour Party was not institutionally racist.  For Ms Thornberry to have piped up would have been in contravention of the narrative that Starmer had saved the party from a squalid past.

I’m sure I ordered a kilogramme.

You told me we would be getting a kilogramme – this is a disaster for tomorrow’s roast.

It was Shelby.  He was messing around on the keyboard.

Anyway the 1 kilogramme instruction is not my recollection.

Don’t give me that!

I said I would work night and day to ensure the delivery of parsnips to the house.

The parsnip situation was unprecedented.  There was no manual for the purchase of parsnips.

And the Sainsbury’s ordering system is not fit for purpose.

But I have put a protective shield around your shopping…

In future I shall get my special friends to do the deliveries.

I would like to be a Labour Party activist.  To help me a member of our CLP has pointed me at the Labour Party rulebook and in particular the section on local campaigning.  But it was clear that I might be working for the election of somebody I disagreed with about fundamentals.

This brings me to Edwin Poots, the new leader of the DUP who is a religious fundamentalist.  Now, whatever the merits of his platform I would never get past the fact that he believes the Universe was created in 4,000 BC.

So it is in the “broad church” of the Labour Party where I cannot get past the leader’s removal of the whip from Corbyn, which was an act of treachery.

Going for an evening walk might be a little trickier over the next few months as ever more homeless people might need stepping over.

Message Board responses to Corbynista in Shaw Sheet 279:

The “Westminster” reality TV show had a good episode yesterday when turncoat Cummings tried to put the knife into Cuddly Boris and Hopeless Hancock.

It seems that the audience is having none of it and Boris will stay on the island.

Meanwhile in Spain, things are heating up nicely.  After the Moroccan government orchestrated immigration invasion of Ceuta and Melilla last week, we have a bonus item of a presidential pardon for the architects of the Catalan coup attempt.  The Supreme Court has judged the pardon as illegal but the government still wants to grant it.  Critics of the pardon are the usual suspects PP, C’s and Vox but there is a new boy in town who is none other than ex-President Felipe Gonzalez.  Mr Gonzalez who, like the current government, is PSOE says that the PSOE is out of touch and no longer represents people like him.  Now I understand why Podemos wanted government control over the judiciary.  Who needs the law interfering with your dogma?  Bananas anyone?

Walking Hadrian’s Wall this week.  I’m sure we bumped into wee Nicola with a couple of builders getting quotes for fixing it up when the time comes.

Och aye!  Keep those Sassenachs south of the border.

I see Ian Duncan Smith is at it again, complaining about “an organised push by a group of scientists to stop June 21”.  I doubt even scientists have the power to remove a date from the calendar.  But if he’s moaning about intelligent people getting together to stop the government causing an unnecessary third wave of Covid, then he’s dead right.  We wouldn’t be having this discussion if Boris had closed the flood gates on India in good time.  They do say a thrice married man never learns, but then of course he’s only really been married once.  And had he stayed a Catholic we probably wouldn’t be in this mess anyway.

The teachers I know tell me that the best way to help children who have fallen behind during the pandemic is to have their schools organise and deliver what they need.  Instead the government has introduced a bogus and cheap National Tuition Programme which will deliver uncoordinated “teaching” from unqualified people.  It is an expensive gimmick which will disrupt rather than support the education of our children.

The usual vultures are gathering to ravage the education budget.  Here’s a report by the Times Educational Supplement:

Catch-up tutoring to be led by private outsourcing firm .