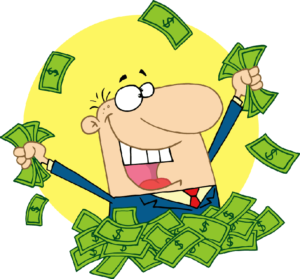 “Oi!  Get off our land!”  Such might be the exclamations from the Labour hierarchy this week, as a Tory think tank had the temerity to come up with a policy that appears to trespass on the traditional left wing ground of tax and spend.  The prospect of an increasingly ageing UK population, and the enormous social care bill that will develop as a result, necessitates original thought, and it is not surprising that policy makers would look to the very cohort that will be the cause of the problem to pay for its solution.  The suggestion that those over-50 should pay an extra 1% in National Insurance, and the withdrawal of the winter fuel allowance for higher rate tax payers, will be seen by many as a rational response, given that it is this age group that has done so well from rising house prices, guaranteed pensions and free university education.  But would it work?

The Centre for Policy Studies was set up by Margaret Thatcher and Keith Joseph in 1974 to disseminate free market economics and to restrict the role of the state.  It might seem surprising then for them to publish a paper written by former Cabinet minister Damien Green, called Fixing the Care Crisis, arguing the case for increased taxes to pay for social care.  That there will be a huge call on the country’s financial resources is not in doubt.  The number of over-75s in the country is set to double (from an already high 5.3 million people) over the course of the next 40 years.  Most of these people will not be generating income for the nation and will be paying little in the way of taxes; hence their social care has to be funded by an ever-decreasing working population.

Damien Green’s paper argues that the care system should adopt the model of the state pension, with the Government providing a Universal Care Entitlement for all.  This would create a standard entitlement to a set number of hours of care at home per week, or a bed in a care home with a minimal level of service.  While this is, to say the least, very ambitious, the alternative of a growing number of infirm people unable to care for themselves is not something a developed society should be contemplating.  The potential cost is huge, with this research estimating a current funding gap of £2.75bn.  The proposals suggest that this sum is generated by taxing the winter fuel allowance, diverting some of the saving for from the Spending Review and imposing a 1% National Income Surcharge on those over 50.  The winter fuel (£350mn) and National Income elements (£2.4bn) could be sufficient in themselves to cover the funds needed.  For those going into care who wish go beyond the basic provision there would be scope to “top-up” from their own resources.

There you have it  – a Tory tax and spend policy.  There are, however, a great many potential pitfalls.  The first, and most obvious, is that £2.75bn is unlikely to be the right figure – with the numbers of people needing care potentially being much higher.  Currently, according to the Dilnot Commission, one in four people do not need any care at all, but as the population ages, this may well increase, and even now one in five that needs care incur costs more than twice the average level.  Covering the shortfall by allocating funds in the Spending Review makes the dangerous assumption that such funds will be available.  The windfall gains that the Chancellor has received from better than expected public borrowing figures is unlikely to last, and the number of government departments making claims on that resource would appear to be equal to the total number of government departments.  Taxing the winter fuel allowance may make a lot of sense, with there being a very good case for the allowance being means tested.  The problem here is the cost and ease of administration, which again would call into question the sum that would be generated.  As for additional National Insurance, this may be fine for those current 50-somethings who have paid off mortgages and have made sufficient pension provision, but in 20 years time that 1% is likely to be a lot less easy to find from those who bought their houses later, or who are renting, and were unable to commit to early pension saving.

The final issue of note is how to properly incentivise the development of the care provision needed over the time available.  The report itself argues that the current system “actively discourages” councils form investing in social care and housing for the elderly, and proposes shifting the responsibility to Westminster.  Making the necessary changes from a standing start will not be easy.  What we would then be faced with is that, while the cash available for the care may exist, the facility may not be.  This would look similar to the healthcare system overall where waiting lists continue to grow, except for those able to afford private provision.

Damien Green’s approach does of course still have elements of a free market policy, in that it goes beyond insisting that the assets of the elderly are used to cover their care needs – the so called “dementia tax” – a policy that has received a very negative response when previously suggested.  This is still effectively a dementia tax, but at least it is one levied on those who are still earning.  However, it could be argued that the universal provision would subsidise care for the wealthy, who could top up the benefit to upgrade their care and jump the queue, while others join an ever-lengthening waiting list.  That there is an age related time bomb is not to be doubted.  Any attempt to find a solution, particularly one that takes the burden off the working population is worthy of consideration.  It will not, however, be a quick or simple fix.