UK Growth and the Bank of Pangloss 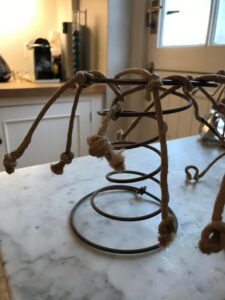 You’ve got to love the Bank of England.  If the UK economy has, as President Roosevelt once said: “Nothing to fear but fear itself”, recent comments from the Bank of England’s Chief Economist, Andy Haldane, are calculated to dispel that  fear.  The UK economy, he argues, is a “coiled spring”, ready to bounce back with vigour once the lockdown ends.  However, the Bank of England has also produced research pointing out that much of the money saved by consumers during lockdown will not be spent.  In addition, the Standard Life Foundation has highlighted just how big a financial hit a significant number of UK households have taken over the last year, the effects of which could be long lasting.  The question then is: From where is the economic energy to come? The answer is, as ever: It depends.

Andy Haldane, writing in the Daily Mail, said that the UK economy was ready to release large amounts of “pent-up financial energy” as lockdown restrictions unwind.  The stock market seems to agree with him, with the market gaining 3% early this week in response to hitting vaccine targets and stories of a return to a degree normality by Easter.  Haldane’s argument is that the rise in saving due to the lockdown means that there is more money to spend going forward.  People might, once permitted, have 2 nights out per week instead of one, and buy a better quality TV, car or even house than they were previously considering.  The UK savings ratio hit it’s highest ever level in Q2 of 2020 at 29% (the previous high was 14.4%), and in December the Bank calculated the level of excess savings as a result of the pandemic to be £100bn.  The latest lockdown will have increased this.  The same goes for companies, many of which have amassed large amounts of cash during the lockdown that can now be invested.  This should be good for jobs and, by increasing business investment, good for productivity that will in turn boost wages.

While there is solid logic to Mr. Haldane’s enthusiasm, there is also a touch of the economics of Dr. Pangloss -Voltaire’s character for whom “all is for the best in this best of all possible worlds”.  One only needs look at some of the Bank’s own research to see the counterargument.  The biannual survey produced with NMG Consulting suggests that the accumulation of saving through the pandemic has been concentrated in wealthier households.  28% of those surveyed had accumulated additional savings, but these households are much less likely to spend this money, being more inclined to keep it in the bank, pay off debts or top up their pensions.  Of those surveyed, only 10% of households that had increased their savings (which is less than 3% of the whole sample) planned to spend that money.

While the overall increase in saving has been significant, for many the last 12 months has been a difficult experience.  The NMG survey shows that 20% of households have had to tap into savings and, despite the vaccine rollout, consumer confidence actually fell in January, with the GfK index hitting -28.  The CBI industrial trends survey was similarly gloomy, with a balance of 24% more manufacturers expecting a fall rather than a rise in output over the next 3 months (from 6% in December).  There is no doubting that the government’s support measures have been generous, but many have struggled to tap into them.  According to the Standard Life Foundation, 3.8mn have not been able to access the welfare payments available to others; largely those people who work freelance or are on short-term contracts.  The SLF calculates that 1.8mn have lost at least a third of their household income.  By the end of Q2 2020, according to research by the Resolution Foundation, 54% of the bottom fifth of income earners had increased their borrowings to cover everyday costs.

If higher income households are not spending their increased savings, and lower income households have seen a fall in their disposable income, how can Andy Haldane’s optimism be justified? The answer, as ever, will ultimately lie with the Chancellor of the Exchequer, Rishi Sunak.  The UK has so far spent 2% of GDP on stimulus measures, but this is only half what Germany has spent and not even a quarter of that planned in the US.  The Institute of Public Policy research put the case in the starkest terms this week – increase spending or face a decade of stagnation.

Many have talked about the potential for tax rises in the Budget on 3rd March, and a move towards stabilising public finances after the huge deficit created by pandemic support will be needed – but not yet.  Further, when taxes do rise, the key will be the income group on which they focus.  Additional help needs to be sustained for the households that most need it.  Given that they have the highest marginal propensity to consume, this should be most supportive for the medium-term economic outlook.  Any tax rises need to weigh on that group highlighted by the Bank/NMG survey – those who have been able to accumulate savings and are less likely to spend them.  This may not appeal to the core Tory voter, but neither will an elongated recession.