It could be soon.

Many of our readers are no doubt careful and prudent investors.  Your correspondent is not allowed to give investment advice, but nevertheless, here’s a tip.  Those of you are holding Boris Ordinary Stock as a key part of your political futures, sell now.  The only way you should be hanging onto those is as a tiny element in a highly speculative sub-investment portfolio.  If you got in three years ago, or even two, you’ve done well, but remember the value of investments can go down.  And out. Time to take profits.

Poor Boris.  How he rose and rose and rose.  Even when fate gave him a good kicking, up he got and on he went.  Nothing, it seemed, could stop him.  And when finally he had the glittering prize, he threw it back on the table, and won again, an eighty seat majority and a place in the history books.  But fate is not a kind mistress; what none of us suspected came rattling round the corner knocking the new Prime Minister right off his feet and into an ICU.  Our hero fought through yet again, with a new son to inspire him, but now it seems that Covid or life or new fatherhood has done for him.  Somehow our Premier has lost his zest and skills.  Perhaps he never actually had them.  Maybe he was just good at the battles, without the much more subtle skills needed for management and administration, team building and smooth delivery.

But he ought to have had them.  Politics has been his life, the study and reporting and history of politics his special subject.  His study of Churchill should have given him insights not imparted to many modern politicos, and if his past tenure of ministerial jobs has been brief and rumbustious, eight years of office as Mayor of London – a popular and successful Mayoralty – they should have taught him most of what he needed for the current job.  Some of the present indecisiveness, the departure of the gilded touch, the over-deferral to experts and scientists, the apparent lack of attention to the popular mood, and above all, the loss of boldness and humour, must be due to that near fatal meeting with Covid.  Those sorts of experiences can radically change a man.  So can a change of life’s partner; and whilst we don’t know much about Boris’s previous married life, it was always suggested that his partner was as interested in politics as the man himself, and a clever tactician and guide.

The Conservatives are still riding reasonably well in the polls, though their lead is slowly eroding as the quiet forensic skills of Keir Starmer continue to impress.  (The Lib-Dems?  Oh. Are they still around?)  But Mr Johnson is no longer “our Boris” to many of his former keen supporters.  The Conservative Party has never been a forgiving organisation and it is very good at detecting on-coming trouble.  That bloodhound nose is starting to twitch. 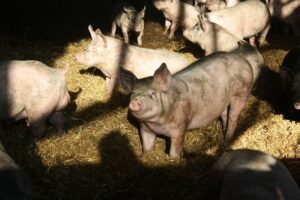 Conventionally it would be a disaster to have a second change of leader so soon after the defenestration of Mrs May, but if there must be a change, then with a touch under four years to the next election it would be best done soon, so it can all be forgotten.  Not immediately; let BoJo sort out the remains of the Corvid crisis and get us out of the EU.  If that goes well, then all fine and dandy.  But if in spring there is blood on the walls and ordure on the carpet, expect the men in grey suits to be practising their hard looks and polishing those statements of regret.  “Wonderful job, Prime Minister, what appalling bad luck to take on the role at such a time. Covid, Brexit, Scotland; all at the same time.  What rotten bad luck.  Now we are sure you will understand, the country needs a new leader; a man with rather different special skills.  And no doubt you would like to spend more time with your lovely family.  Recover your full health.  Thank you so very much, good-bye.”

So what would a clever politician do now?  Call on the British public to rat on their neighbours entertaining grandma and five children?  Nope. Or suggest that the Government will be breaking the law just a little bit?   Nope.  Try to find excuses for not returning illegal immigrants and blaming the police? Nope again.  Keeping their head well down and chat to key party members?  Yes.  Yes indeed, that would be a sensible course to follow.  Practising knowing looks at commentators and journalists, looks that say “I couldn’t possibly comment, collective cabinet responsibility you know”? Oh yes.  Who is suddenly getting buckets of jealous mud thrown in their general direction by colleagues, suggestions such as that they were responsible for the Rule of Six (soon to be remade as a Sherlock Holmes and Doctor Watson mystery).  Yes, that person, whose mouth says little but whose eyebrows say much.

Mr Gove (for it is he) has badly messed up once, when he stabbed Boris but ended up with the knife in his own foot.  He will be more subtle this time.  Because he knows, and increasingly his party knows, that his time approaches.  All he has to do is wait, sound supportive, not step in anything smelly, and spot the right moment to open the trap door.  For Michael Gove is the politician the Tories really need now.  Born into humble circumstances, adopted into a frugal working family, a Scot (a Scot, how lucky can the man get at this time), clever, state educated (enough Etonians already), publicly modest, privately witty, youngish family, dragged himself up by his own efforts.  It gets better; a brilliance with detail, a command over those who work for him, a good communicator, bold, and an ability to deliver and to deliver well.

His flaw is perhaps his ambition; that never plays well in the UK and both Mr and Mrs Gove (Sarah Vine, the journalist) have done all they can to advance Michael’s career, a bit too much at times.  That led him to his mis-step with Boris.

There is an old saw that the hour will produce the man (we use the word “man” here in a strictly no-binary gender neutral way; the hour produced Margaret Thatcher after all).  The hour is arriving momentarily and the man would seem to be available.  Michael is no doubt weighing all this up.  He knows Boris is no longer his friend and that he holds his current job – Chancellor of the Duchy of Lancaster, a roving senior ministership – on sufferance, but also because he is one of the few truly talented ministers in the government.  That does not mean he is unsackable, but BoJo knows only too well that a politically motivated sacking now would do Gove no harm at all in the party, and would allow him to make mischief from the back of the chamber.

Some of us spend a lot of time pondering how Neville Chamberlain could have neutralised Churchill in 1938. He did consider giving him a senior cabinet job, as Winston knew.  Winston also knew that his strength depended on not taking it.  Mr Gove has taken the job, but if in this he is Winston and Boris Neville, we may be shortly seeing the same game play out in a different way.  Get your investment in now, before prices rise.